I’m Mohammed Hammoud, a third-year student at the LECOM School of Dentistry with a passion for dentistry as an issue of public health and social well-being.

Before dental school, I worked with a public health organization and shadowed a dentist running a clinic in South Africa.

It was a moving experience.

The clinic was as affordable as possible, but many patients were so poor that extraction, which was free, was the only way of fixing their tooth pain.

We had to focus on providing the best possible care with thinly-stretched resources, and that pushed me
to adapt and develop my abilities as a caregiver — and it made me think differently about dentistry.

Dentistry is Often Overlooked as a Core Issue in Public Health

There is a tendency, in circles dealing with public health, to overlook dentistry as a core issue.

This is shocking to me — as we know, poor oral health is associated with a number of very
serious comorbidities, including cardiovascular diseases, osteoporosis, arthritis, and even mental
health issues.

Further, the system is, in many ways, oriented against those who are most in need of public health resources.

The general aversion to Medicaid and other government insurance programs is understandable but often makes treatment less accessible; and the prevalence of conservative preps, while generally regarded as best practice, can increase costs for patients in the long term compared to more thorough treatment.

All this is simply to recognize that there are broad systemic factors making dental care a particularly difficult area in the field of public health.

This is true in areas of the Global South, like South Africa, where medical care is desperately needed and often made secondary to the daily cost of living, but it is also true in more affluent areas of the world, where there are serious gaps in dental coverage that go ignored.

My own hometown of Dearborn, Michigan is critically underfunded, and many communities across the country are in similar situations.

So What Can Be Done?

Systemic issues like these may only be solved through systemic change and better funding for dental health on a political level, but individual practitioners can still make an enormous difference.

We might not be able to change the world, but we can change lives, and that’s worth a lot. In my view, the best thing we can do is donate our time to areas that need it, whether that’s in the Global South or less affluent local communities.

It’s less lucrative, of course, but in many ways, it’s more rewarding. Even certain dental schools and organizations, including my own LECOM, have outreach programs to provide affordable dental care to the community.

Getting other people involved, too, can help make a big difference. In any case, just being aware of why dentistry is so critical as a public health issue is essential.

My name is Mohammed Hammoud. I was born and raised in Dearborn, Michigan by two immigrant parents who raised me and my four siblings. After graduating high school, I pursued a bachelor’s in public health sciences from the School of Public Health at the University of Michigan Ann Arbor. It was then that I had a few opportunities to travel abroad and learn more about myself, my passions, and my purpose. I always had the dream of becoming a dentist and it was during the summer of my senior year that I applied and was admitted to LECOM, where I am now a second-year dental student. 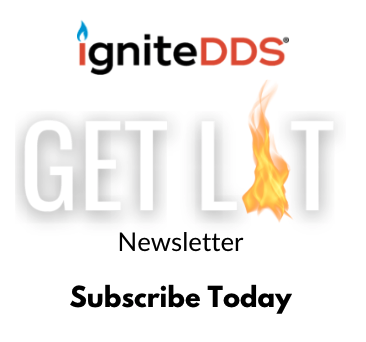 Sign-Up
We use cookies on our website to give you the most relevant experience by remembering your preferences and repeat visits. By clicking “Accept”, you consent to the use of ALL the cookies.
Do not sell my personal information.
Cookie SettingsAccept
Manage consent

This website uses cookies to improve your experience while you navigate through the website. Out of these, the cookies that are categorized as necessary are stored on your browser as they are essential for the working of basic functionalities of the website. We also use third-party cookies that help us analyze and understand how you use this website. These cookies will be stored in your browser only with your consent. You also have the option to opt-out of these cookies. But opting out of some of these cookies may affect your browsing experience.
Necessary Always Enabled
Necessary cookies are absolutely essential for the website to function properly. These cookies ensure basic functionalities and security features of the website, anonymously.
Functional
Functional cookies help to perform certain functionalities like sharing the content of the website on social media platforms, collect feedbacks, and other third-party features.
Performance
Performance cookies are used to understand and analyze the key performance indexes of the website which helps in delivering a better user experience for the visitors.
Analytics
Analytical cookies are used to understand how visitors interact with the website. These cookies help provide information on metrics the number of visitors, bounce rate, traffic source, etc.
Advertisement
Advertisement cookies are used to provide visitors with relevant ads and marketing campaigns. These cookies track visitors across websites and collect information to provide customized ads.
Others
Other uncategorized cookies are those that are being analyzed and have not been classified into a category as yet.
SAVE & ACCEPT